Michele Zorzi was born in Venice, Italy, on December 6th, 1966. He received the Laurea Degree and the Ph.D. in Electrical Engineering from the University of Padova, Italy, in 1990 and 1994, respectively.

During the Academic Year 1992/93, he was on leave at the University of California, San Diego (UCSD), attending graduate courses and doing research on multiple access in mobile radio networks. In 1993, he joined the faculty of the Dipartimento di Elettronica e Informazione, Politecnico di Milano, Italy.

After spending three years with the Center for Wireless Communications at UCSD, in 1998 he joined the School of Engineering of the University of Ferrara, Italy, where he became a Professor in 2000.

Since November 2003, he has been on the faculty at the Information Engineering Department of the University of Padova. His present research interests include performance evaluation in mobile communications systems, random access in mobile radio networks, ad hoc and sensor networks, energy constrained communications protocols, and broadband wireless access.

Filippo Campagnaro (Member, IEEE) received the B.Sc. and M.Sc. degrees and the Ph.D. degree in information engineering from the University of Padova, Padua, Italy, in 2012, 2014, and 2019, respectively.
In 2014, he joined the SIGNET Group, Department of Information Engineering, University of Padova, as a Research Engineer, where he was a Postdoctoral Researcher and a Lecturer of ICT master courses. His Ph.D. thesis involves the design and the valuation of multimodal underwater optical and acoustic networks, with a particular focus on simulation and field experimentation (defence scheduled for February 2020). He has joined many sea trials with NATO STO CMRE, La Spezia, Italy; EvoLogics GmbH, Berlin, Germany; ENEA, Rome, Italy; IMDEA Network Institute, Madrid, Spain; and the University of Haifa, Haifa, Israel. He is the Technical Manager of the MarTERA RoboVaaS project, and collaborates with the European Defence Agency project SALSA. His current work involves software development for the DESERT Underwater framework as well as the design of novel communication stacks and architectures, with special attention to cross-layer and multitechnology designs. Since 2017, he collaborates with Wireless and More srl, a spin-off company of the University of Padova, in which he joined as a part-time employee in October 2019. His tasks in the company include the design and implementation of software modules for multimodal underwater networks. His research interests revolve mainly around the design, analysis, implementation, and field evaluation of multimodal underwater networks.

Antonio Montanari received the M.Sc. degree in ICT for Internet and Multimedia from the University of Padova, Padova, Italy in 2022, with a Master Thesis on underwater communication and positioning. In the same year, he joined the SIGNET laboratory of the University of Padova as PhD student for a research project focused on software-defined modems and protocols for underwater communications and positioning.

Federico was born in Valdobbiadene (TV) on March 15th, 1986. He received the Bachelor Degree and the Master Degree in Telecommunication Engineering in November 2008 and December 2011, respectively, with a thesis on the analysis and the development of MAC protocols for underwater acoustic networks.

From January 2012, he joined the SIGNET group at DEI working as research engineer. His research interests focus mainly on the analysis and the implementation of MAC protocols for underwater networks. Federico is mainly involved in the CLAM European project and the NAUTILUS project. He is one of the founders of DESERT Underwater project. He worked mainly mainly on MAC protocols, such as Uwpolling and UwFetch and on the interface driver between DESERT and real modems, such as EvoLogics. He took part to several sea-trial experiments where a lot of DESERT features and capabilities have been developed and tested.

Starting from March, 2015 he joined Athonet S.r.l, a company that develops a lightweight and efficient 4G and 5G mobile core, where he designs and develops an hybrid cloud / on premise solution for private LTE / 5G networks using cloud and linux technologies. He still collaborate within DESERT Underwater project as a network and system part-time consultant.

Shortly after graduating he joined the research team of Consorzio Ferrara Ricerche (CFR) under the direction of Professor Michele Zorzi. During his time in CFR he participated in a collaboration with NURC (Nato Undersea Research Centre, la Spezia, Italy) on MAC analysis and development and he was involved in the definition of the JANUS signaling standard.

In July 2009 he joined Patavina Technologies’s research and development department to work on projects involving programming and software design on underwater acoustics and wireless sensors networks. He spent two month at NURC centre as a contractor on network simulation issues.

In March 2011 he joined u-blox, a leading fabless semiconductor provider of embedded positioning and wireless communication solutions for the consumer, industrial and automotive markets, as Software, Protocol Stack, Engineer. In May 2011 he also became a consultant for CFR on underwater acoustic network simulation topics and started to collaborate within the NAUTILUS project.

His main interests are 2G/3G and beyond protocol stack analysis and development for embedded wireless modules and solutions. His research interests are underwater acoustic and wireless sensor networks.

Regarding network simulation, he is one of the developer and of NS-Miracle, a world-wide used NS2 framework extension for cross-layer and multi-technologies design. He also developed the World Ocean Simulation System (WOSS), a framework that interfaces NS-Miracle with realistic underwater acoustic channel models based on ray tracing.

Paolo Casari received the PhD in Information Engineering in 2008 at the University of Padova, Italy, where he is currently a postdoctoral research fellow. He has been actively researching cross-layer design for MIMO ad hoc networks and wireless sensor networks (WSNs). After a stay at the Massachusetts Institute of Technology in 2007, he started working on underwater acoustic networks, which is now his main research interest. He is currently involved in several EU-funded efforts on underwater networking, and has been technical manager of the Italian project WIreless SEnsor networks for city-Wide Ambient Intelligence (WISE-WAI) from 2008 to 2011. He also collaborates with the Consorzio Ferrara Ricerche (CFR) as a research fellow. He has been part of the TPC of several international conferences, and is currently guest editor for the Hindawi Journal of Electronics and Computer Engineering special issue on “Underwater Communications and Networking.”

Alberto Signori received the Bachelor’s degree in Information Engineering and the Master’s degree in Telecommunications Engineering from the University of Padova, Italy, in 2015 and 2017, respectively. His Master’s thesis involved the design and the simulation of a routing protocol and a MAC protocol for the control of an Autonomous Underwater Vehicle in a multi-hop underwater network. Since January 2018, he is with the SIGNET group at DEI (University of Padova) working as a research engineer. His current work involves software development for the DESERT Underwater framework and the design of communication protocols for multi-modal underwater networks.

Emanuele Coccolo received both the Bachelor’s Degree in Information Engineering and the Master’s Degree in ICT for Internet and Multimedia – CyberSystem from the University of Padua (Italy), in 2017 and 2020, respectively. His Bachelor’s Thesis regarded the implementation of vessel noise in the DESERT Underwater Framework via model analysis; instead, the Master’s Thesis concerned the integration of different frameworks to create a complete pipeline from an underwater telecommunications network to a server, for the RoboVaas project. He took part in the final German test campaign for the RoboVaas project in September 2020. His current work concerns the development of DESERT and its integration in embedded systems. 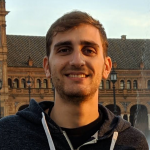 Davide Tronchin received both the Bachelor’s Degree in Information engineering and the Master’s Degree in ICT for Internet and Multimedia (Telecommunications) from the University of Padova, Italy, in 2018 and 2020 respectively. His Bachelor’s Thesis regarded the implementation of video live streaming through underwater acoustic networks; instead, the Master’s Thesis involved the design and the simulation of some security systems for the underwater networks. His current work involves the design of security mechanisms and their development for the DESERT Underwater framework and the extension of DESERT Underwater through additional modules.

Roee Diamant received the PhD from the Department of Electrical and Computer Engineering, University of British Columbia, in 2013 and both the B.Sc and M.Sc degrees from the Technion, Israel Institute of Technology in 2002 and 2007, respectively.

From 2001 to 2009 he was working in Rafael Advanced Defence Systems as a project manager and system engineer, where he developed a commercial underwater modem with network capabilities. In 2015 and 2016, he was a visiting Prof. at the University of Padova, Italy.
In 2009 he received the Israel Excellent Worker First Place Award from the Israeli Presidential Institute. In 2010 he received the NSERC Vanier Canada Graduate Scholarship. Dr. Diamant received two best paper awards and serves as an associate editor for the IEEE Ocean Engineering. Currently, he is leading the underwater acoustic and navigation laboratory (ANL) as a senior lecturer (equivalent to assistant Professor) at the Dept. of Marine Technology, University of Haifa. His research interests are in underwater acoustic communication, underwater navigation, object identification and classification
mail: roeed (at) univ (dot) haifa (dot) ac (dot) il